Truffles are very prized and also can be quite expensive. They are found underground in Europe and most notably in France. Like mushrooms, they are considered a member of the fungus family, and have an earthy, nutty taste. Black truffle salt is an excellent way to add elegance to dishes without the exorbitant cost.

Truffle salt is a mix of Kosher sea salt and real truffles that can be used in baking or sprinkled on top of main courses. Commonly, truffles are added to egg dishes and in pasta sauces. The rich flavor adds the warm feeling of “comfort food” but at a price that is affordable to all. The addition of Black Truffle Salt to nearly any savory food adds an international cuisine flare normally found only in 5 star restaurants.

All Black Truffle Salt Products Are On Sale!

🌍 A portion of each purchase goes towards restoring the Earth’s ecosystem! 🌎

There has never been a better time to start your salt business! our distributors and wholesalers save big!

Excellent company received salt that was ordered in a very timely manner and exactly as advertised.

I purchased the sample pack. When I initially received my salt, one of the containers came shattered in the box. I sent an email, and received a response within hours. They sent out a replacement, which arrived surprisingly fast. All in all, a very pleasant transaction.

It was really easy to order. Prices are great and they have really awesome bundles.

These statements have not been evaluated by the Food and Drug Administration.

These products are not intended to diagnose, treat, cure, or prevent any diseases. 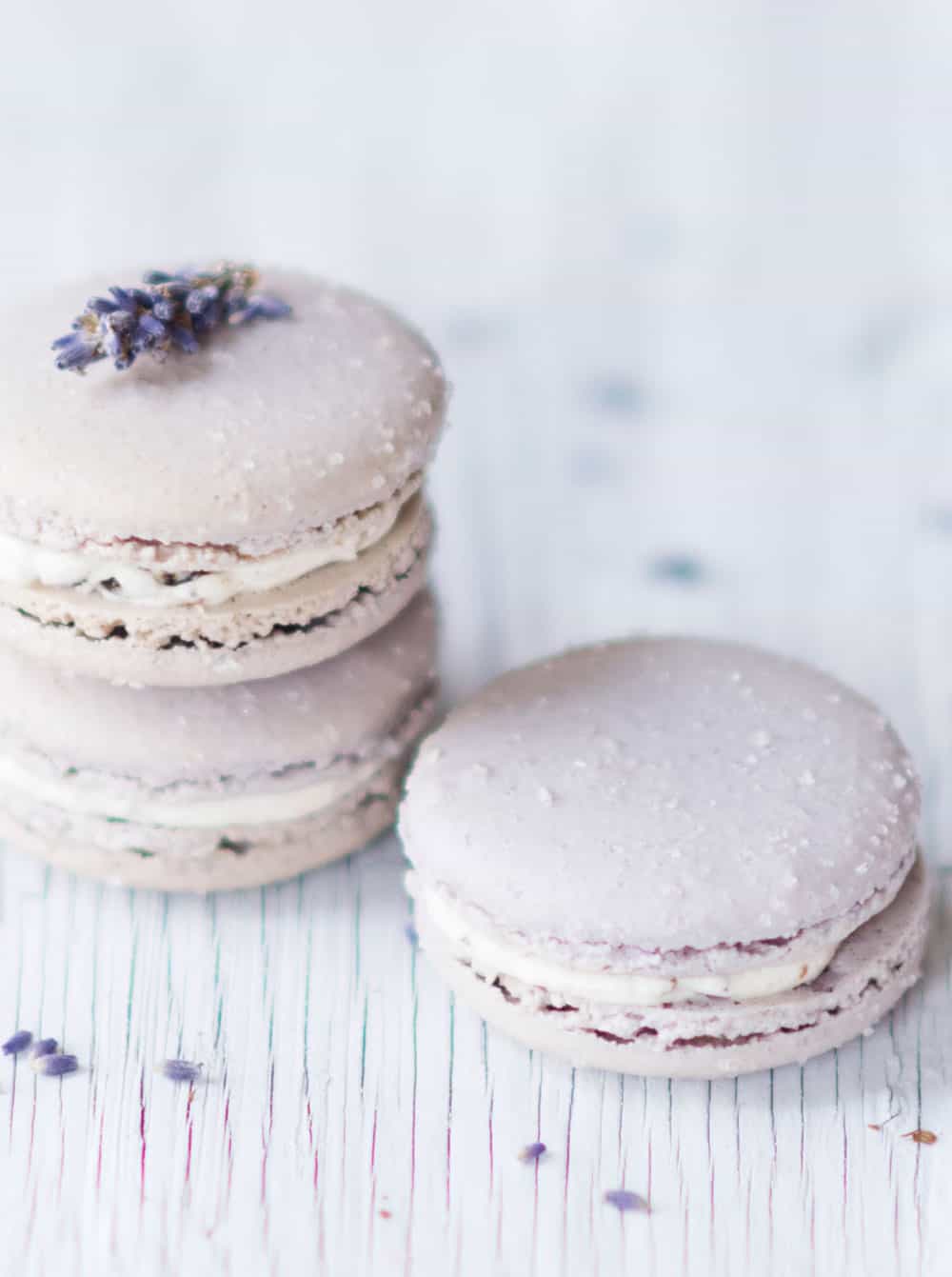 Medical research has shown that natural sea salt is much better for your health than normal table salt. The latter can dehydrate you causing problems with the body’s organs and it can also clog up the arteries which can be fatal. The natural crystals found in sea salt has long been recommended for a healthy body and lifestyle.

More people are turning to sea salt and there is such a range of different types on offer now. Each year different types and colors of sea salt are being introduced on to the market, mostly harvested by hand. None of these colorful sea salts contain any artificial coloring and all are one hundred per cent pure.

The most exotic of these salts is black truffle salt which is a high quality gourmet grade kosher salt. It adds an exotic taste to any meal and a touch of class to any household that uses it without the enormous expense of buying truffles.

Truffles are highly sought after and can be very expensive which is why they are considered a delicacy in high-class restaurants. They are found underground in Europe, particularly in France, and truffle farmers use pigs to find them because of their keen sense of smell. Mostly females are used because they find truffle-hunting a very natural thing to do. However they do have a tendency to eat the truffles as each one contains a compound similar to the sex ingredient androstenol which is found in a boar’s saliva used to attract the sows to the boar. This is why harvesting truffles is one of the most difficult things to do and which is why they are so rare. As well as France they are found in Italy as well and true truffle salt comes from either country.

Truffle salt is a mixture of kosher sea salt and real truffles which is why it is so prized and it can be used in baking or sprinkled on food to give it a rich flavor. Any meal with black truffle salt added gives a warm feeling without the expense of buying real truffles.

Truffles have many health benefits but unfortunately real truffles are out of the price range of many households. But you can still reap the benefits by using black truffle salt. It is full of nutrition and especially good for vegetarians who do not eat meat.

Truffle salt provides a good source of protein and is low in fat, the dried truffles used in black truffle salt only contains 2-8% of fat and it is cholesterol-free.

Truffle salt should be used sparingly as it is the most expensive of all the sea salts and has a strong taste and smell. Black truffles are also used to make truffle honey, truffle oil and truffle vodka.

Truffle salt can also be used on sweet dishes to give them a unique flavor. For a special birthday present create some salted chocolate caramels for a really exotic combination. Because the taste of black truffle salt is so unique the combination of the sweet chocolate and the salt gives a really good taste.

Gluten-free cookies can sometimes be boring if you have to eat them all the time so make them different by adding a sprinkle of truffle salt.

Some people prefer to make their own potato crisps rather than buy the packets which are heavily salted so why not make yours different – and much healthier by adding truffle salt instead of normal table salt. But once you introduce them to your friends you will be receiving a lot of orders.

When you have a barbecue burgers are served with a sweet sauce but instead add a sprinkle of truffle salt to each burger and serve it with sweet potato, it will certainly make your barbecue different.

Sweet pretzels are delicious, but they are even nicer with a dash of black truffle salt. The combination of sweet and savory will make you never want to eat a pretzel again without truffle salt.

Surprise your dinner guests with the most unusual dish in the world. Produce a Gruyere cheese sandwich in home-made bread or sponge slice and serve it with fig jam and truffle salt, it is a dish to die for.

Spice up a sweet tomato dip by mixing it with a little garlic and some black truffle pepper and serve it with slices of carrot.

When you next go to the movies instead of purchasing popcorn from the kiosk make your own at home and add black truffle salt – you will be amazed at the difference it makes to the taste and smell.

Try using truffle salt in homemade spaghetti sauce. The salt is already part of the mixture, so it’s best not to add to prepared foods such as canned or bottled sauces that most likely already have a salt content. The easiest way to make a homemade marinara sauce is to use fresh Roma style tomatoes. Make a very small incision in the skin of each tomato and place in boiling water for 1 minute. Immediately rinse with cold water and wait 5 minutes. The skins should be very easy to peel off. Cut in half and scoop out the seeds.

Cut the tomatoes in small cubes and place in a pot with unsalted beef or chicken broth and cook down until the tomatoes can be mashed or put in a blender to create a uniform texture. If the sauce is to include meat, such ad ground beef. Add diced onions and grated garlic to the meat, if desired, and cook thoroughly. Drain off any excess fat. Add the truffle salt to the browned meat and allow the mixture to rest about 5 minutes to infuse the flavor of the salt.

Add the mixture to the blended tomatoes and broth. Add a teaspoon or so of Italian Seasoning (the dried herb variety – not the season salt type). Cook down the sauce a little more until it reaches the desired consistency. Serve over vermicelli, spaghetti, or linguini and sprinkle with Parmesan. Add some garlic bread and a fresh green salad and dinner is served.

Another favorite that’s both easy and extremely tasty is Truffle Omelets. Beat together 3 eggs and a scant teaspoon of Black Truffle Salt. Oil a skillet and toss in cut up or cubed ingredients such as ham, green peppers, onions, or zucchini. Cook until tender, but not limp. Remove mixture from the pan and set aside.

Use the same pan and add about a teaspoon of oil. Stir the beaten egg mixture and pour into skillet. It’s best to have the oil heated before adding the eggs to reduce the chance of sticking. Let the mixture cook, at low to medium heat until the eggs are almost done and cover with cheese. When the cheese is melted, top with the cooked cubed ingredients, add a bit of sour cream and flip one side of the omelet over the other. Slide the Omelet out of the pan onto a plate and Voila!

Black Truffle Salt is the magic ingredient to making simple dishes extraordinary and will have everyone raving about your new found 5 star skills.